Just Check the Progesterone — It May Help Prevent a Miscarriage

[Editor’s Note: Dr. Cindy Howard is a keynote speaker at this year’s ICS Convention. You can register for the In-Person convention here or choose our virtual simulcast event here.]

Sarah presented to my office about 6 months ago.  She was concerned because she had just miscarried and was told that there were ways she could help her body better prepare for her next pregnancy.  After reviewing her history as well as her goals, it was determined that some baseline hormone testing as well as micronutrient testing would be beneficial. 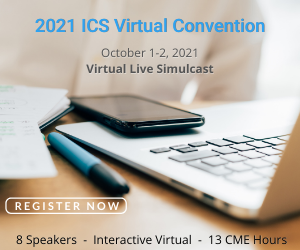 When assessing micronutrients vitamins, minerals, metabolites, amino acids, and Omegas, we can determine if there are deficiencies that, if supplemented, would allow the body to perform better on a cellular level. Pregnancy will commonly cause decreases in nutrients from which the baby draws first, leaving the mom coming in second in receiving the nutrients she will continue to need throughout a pregnancy and many years after.

After that first visit, I did not see Sarah again for months, and when she returned to my office, the first thing she did was apologize. She was sorry that she did not return earlier, as she needed emergency dental work which used up the money she saved for her preconception care. Now she is back in care. No apology was necessary; I was just glad she returned. One of the things she remembers me saying was that, when she conceived, her first phone call was to be her husband, and her second was to me.

Calling was important so that we get a current progesterone level in order to assess the ability to carry a healthy pregnancy. In a perfect situation, we check this level prior to conception.  In over 20 years of clinical practice, the number one reason (besides a genetic explanation) I see for miscarriages is low progesterone.  Once the level drops, or if it was not high enough in the first place, carrying to term becomes virtually impossible.  The next reason for miscarriages is the drop in beta hCG that should be doubling every 48 hours for the first trimester, then tapering off a bit.   It is an easy thing to check, and yet not many OB/GYN doctors pay much attention to this, unless you have already miscarried 2-3 times. Sarah shared with me that she was indeed currently 4 weeks pregnant.

Studies have suggested that women who have experienced at least three prior pregnancy losses may benefit from progesterone therapy in the first trimester. I cannot quite understand why we wait for 3 miscarriages. Something so simple as a progesterone level can and should be checked immediately. If caught early, it may be easy to elevate progesterone level if clinically deficient or very low normal, whether through oral supplementation or suppositories.

So Sarah requested that we run her beta hCG and her progesterone level immediately, and I, of course, agreed to that request. She shared with me that she called her obstetrician who delivered her first child and requested the test and the obstetrician declined.  They scheduled her a month away and told her it was not necessary.  We ran the test.  Her beta hCG was 275, showing 4 weeks pregnant. Her progesterone was 11, which is much lower than I like to see it.  Closer to 40 provides much more comfort that the level is sufficient.

Progesterone regulates your cycle.  After ovulation, an egg is released to become fertilized and your body produces higher levels of progesterone to thicken the lining of the uterus to allow for proper implantation for the fertilized egg.  If no fertilization occurs, progesterone levels drop, stimulating the start of menstruation.

When pregnant, there are signs that progesterone may be low if you have not already tested to confirm the deficiency. They include spotting, breast tenderness, low blood sugar levels, pelvic and/or abdominal pain, fatigue, and vaginal dryness.

Once pregnant, the progesterone supplied to the endometrium will help nurture the developing fetus throughout the length of the pregnancy.

Progesterone being essential for the establishment and maintenance of a pregnancy becomes problematic when withdrawal of progesterone in early pregnancy typically results in a miscarriage.

Generally, there are two groups of women at particular risk of miscarriage:  those who have a history of recurrent miscarriage, and those who are bleeding in early pregnancy.  These were studied in the PROMISE (PROgester- one in recurrent MIScarriagE) and PRISM trials and PRISM (PRogesterone In Spontaneous Miscarriage), as reported in the American Journal of Obstetrics and Gynecology August 2020).

Both were very high-quality trials that addressed the effects of first-trimester use of vaginal micronized progesterone treatment in women at risk of a miscarriage.

A problem with progesterone levels in which the miscarriage occurs without a genetic defect is also called a luteal phase defect.

The corpus luteum in the ovary produces progesterone during early pregnancy, and it is hypothesized that a defect in the function of the corpus luteum can result in low progesterone levels, which, in turn, may increase the risk of miscarriage. (Stephenson et al).  Serum and salivary progesterone can be tested easily in practice to assess levels both prior to conception and right after.

Our environment may also play a role.  Exposure to toxins, poor nutrition/low micronutrients, and lifestyle, may be contributing factors.

Zinc, copper, magnesium, manganese, chromium, and iron play a role in steroid-genesis, and, specifically, the synthesis of progesterone.

It is also not uncommon to see high levels of cadmium and lead in the serum, which reduces zinc, copper, and vitamin E.  This also may result in a miscarriage. Cadmium and lead enhance the production of reactive oxygen species. This elevation has been seen in pregnant women with a history of recurrent spontaneous abortion. Low serum zinc levels have been suggested to influence embryonic and fetal development.

Seeing some of these concerns confirms the idea that testing for levels of micronutrients, and even looking for metal toxicity during preconception planning, may prove to be very beneficial in preventing the loss of a pregnancy.

Based on Sarah’s previous pregnancy resulting in a miscarriage, we started the oral progesterone immediately and scheduled her for a follow-up blood draw 48 hours later to monitor. She sent the labs to her obstetrician. Interestingly, she wanted to see her.  With the second set of labs in hand she acknowledged the low progesterone, added vaginal suppositories to the protocol, and told her the beta hCG was dangerously low.  It is expected is that the beta hCG should double every 48 hours, and sometimes as long as 72, but the obstetrician was suddenly concerned.  We all continued to monitor her. Her progesterone increased to 24, which was moving in a positive direction.  After the third test, I became concerned that with a low beta hCG, although increasing, this could be an ectopic pregnancy.   Her OB told her to come in the following Monday with her husband so that they could discuss how to terminate the pregnancy.  I was surprised at this suggestion without being offered without further testing or options and suggested we get an ultrasound first to rule in or out the ectopic pregnancy before making any of those types of decisions.

While the OB was ready to terminate the pregnancy, I suggested we not consider that and continue care and monitor.  Interestingly, the ultrasound I ordered had her pregnancy measuring fewer weeks than what she originally thought. The results concluded pregnancy was normal – a fetus measuring the size of a 6-week pregnancy with a heart rate of 149.  There was a viable pregnancy.

This testing and monitoring may seem simple to do, and it is.  Please remember at a minimum to check nutrient and hormone levels and work with your women on preconception planning.  Be an advocate for them to get proper care and proper workups, and, when an expectant mother calls, remember:  check the progesterone level. Just maybe you can affect a life.

Dr. Cindy M. Howard has been in private practice since 1999. She is board certified in Internal Disorders and Nutrition and hold a fellowship in Medical Acupuncture. She is the past president of the ACA Council on Diagnosis and Internal Disorders and serves currently as the Northern Illinois Delegate for the American Chiropractic Association. She serves on the medical advisory board for The Functional Medicine University and Integrative Therapeutics. Dr. Howard is the Director of Functional Nutrition for Neurosport Elite which focuses on sports performance for serious to elite athletes. She also teaches for the diplomate program and is an Executive Board member and Instructor for POWERPlay in Sports. She is the team Chiropractic Physician for DREAMZ Elite competitive cheer.

What Is Value-Based Care?

Sugar and Its Alternatives

Let Your Medicare Patients Help You, So You Can Help Them!

Getting the Right Micronutrients? Why You Should Test​